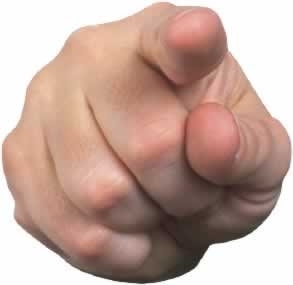 Every day without fail, we have people putting their fingers into cages to pet the birds. We always politely ask them not to do so, and have signs requesting the same, but no one seems to want to listen.  Unfortunately, we have to get on them about it, and many times stop what we are doing to explain the reason for the request.   If we are busy, we don’t have time to explain and once in awhile someone will get in a huff and storm out.  I hate to have someone leave like that, but I really hate to have them do it more, so here we are both frustrated.

I have to admit I do find it amazing that people get mad about that.  If someone asked me to not touch something,  I would assume there was a good reason for it and do as requested.  I would especially not hesitate in the case of a live animal.  I would be afraid of getting bit and would absolutely keep my fingers out of harms way.  So, I write this blog to get out a little frustration but also to help explain the reason for the request.

If someone is serious about getting a bird, or just love to look at them, they generally go to bird shops to see them.  The fingers that are in my birds cages have probably been in cages at another store.  That is were the majority of my problem lies.   Birds are masters at hiding illness.   In the wild a weak or sick bird is preyed upon,  so they have to act as if they are fine even if they are not.  Now you have a customer going from a store where they probably touched the birds there and come in and touch mine.  If there was any issue with a bird at that store, it could have now been spread to mine.   The same holds true with the bird at their house.  Bird diseases are airborne and could be carried on clothes.  A bird could also be a carrier of a disease without showing shows of it, or ever being bothered by it.  Going from one cage to the next, could effectively spread that issue.  Do I sound radical,  probably.   Am I being realistic,  absolutely.   Is it a precaution worth taking, you bet.  Is there a way around it, not fool proof but yes.   It would be unrealistic of us to believe that customers won’t touch birds.  Nor would we want that since we are in the business of selling them.  The solution is simple, ask us and we will be more than happy to spray your hands and work with you on proper handling of the bird.  That limits problems and keeps our birds healthy.

One of the things I wanted to close on is this.  Think about how you would feel if someone went around and put their finger in other people’s mouth.  All of a sudden you find that very finger that was in strangers mouth put into yours.  Not only would that gross me out, but I would rightly be worried with thoughts of a cold or worse.  It truly is the exact same thing with our feathered friends. I know if I was looking for a bird I would much rather get it from a place that cares about the health and safety of their birds.  Hopefully you agree.
Thanks,
Andrea

Should you clip your bird’s wings?

Helping you understand our feathered friends
Scroll to top