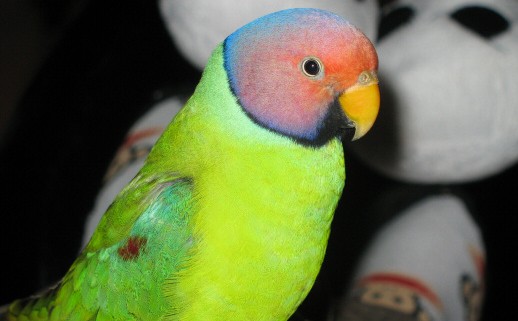 Boys are better talkers than girls.
Girls are sweeter than boys.
Birds are attracted to the opposite sex in humans.
Tight pelvic bones signifies a boy.
Girls heads are smaller than boys.
Girls coloration is not as pretty as boys.
Boys are bigger.

I think that covers most of what we hear on a constant basis.  I could tell you the truth about those statements, but it would only be my truth.  You could speak to a number of people who work solely with or around birds and probably come up different opinions on each and every statement.  Confusing especially when you want a talker and disappointing if you don’t get that.

Two big reasons people buy birds is because they want something to talk to and/or they want the love birds are capable of giving.  Purchasing a bird on sex or talking abilities though does not mean it will automatically bond with you or ever utter a word for that matter.  African Greys are highly sort after for their talking capabilities.   A little known fact is that one in four will never utter a word.  To be honest, I am not sure why that is.  They are known to be late talkers and maybe people give up.  I never really gave it much thought.  Unfortunately, the majority of my birds talk to me.  Funny thing is though that I could care less if they did or didn’t.  Maybe they know that and stage fright isn’t an issue.  When they were young I did train them to talk, so I do believe talking can be taught.

I have a female Red Belly Parrot that has an enormous vocabulary.  She is amazingly super sweet but only to me.  Anyone else including my husband will be bitten if they try to handle her.  She is a very large Red Belly with an extremely large head.  If Red Bellies were not sexed visually,  I would be running a DNA test on her.   On the other hand I have a female Meyers Parrot who will go to a number of people but only hums hello.   I had a male Cockatiel who never spoke a word but loved to whistle.  He was a gentle, loving bird who just wanted to be with you.  My female has never spoken either which is actually quite normal for female Cockatiels.  What is funny though is that she will hiss if I try to handle her.  Male versus female…….what do you think.  I go for option three which is genetic.

I used to breed.  During that time, I had two pairs of Sun Conures.  One pair has gorgeous color as did their babies.   One pair spit out the nicest babies who retained that sweetness.  We did not DNA any of the babies, but I can tell you with the number of babies they had, I am sure we had both sexes.  That second pair was a totally different story. None, not one, of their babies were really sweet.  Some were okay, and some were marked down and needed training.  What do you think, a sex issue or genetic disposition?  I am placing my money on genetics.

Let’s talk about those pelvic bones.  In regards to the pelvic bones, I have only one word “hogwash”.   I had a “male” Jenday Conure who had extremely tight pelvic bones.  The pet shop I bought him from assured me he was a male.  It was many years ago, but I think the words they used was that an egg was never going to pass through that bone structure.  He happily laid 5 eggs.   She also choose me as her person over my husband of the opposite sex, which leads me to my conclusion.  Birds like people form strong opinions on who they like or dislike for whatever reasons.  They are kind of like people for that matter.  Anyway, I have weighed in on all the issues.  Does anyone out there have any opinions you would like to share?  If so, leave us a comment.

Helping you understand our feathered friends